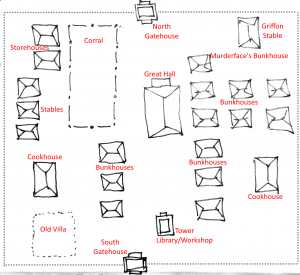 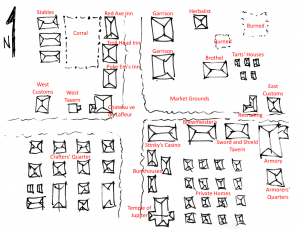 Yoesville was taken from Lucius Bastardo by the Skull Collectors in early 1431. It was then renamed in honor of Jupiter (Jove or Yove).

Yoesville is growing as a mining town as a growing population of miners set up shop to the South of “downtown” now that the that if undead incursions have faded in Lucius Bastardo's absence. The mining colony is also the home to the combination party site and shrine to the Ardean neutral deities known as the “Beer Garden of the Gods”.

The town of Yoesville is patrolled by a regular guard of longbowmen. Uptown serves as the headquarters of the Thunderbolt Legion.

Downtown Yoesville was once the garrison for elements of Tiberio's Hydra Legion.