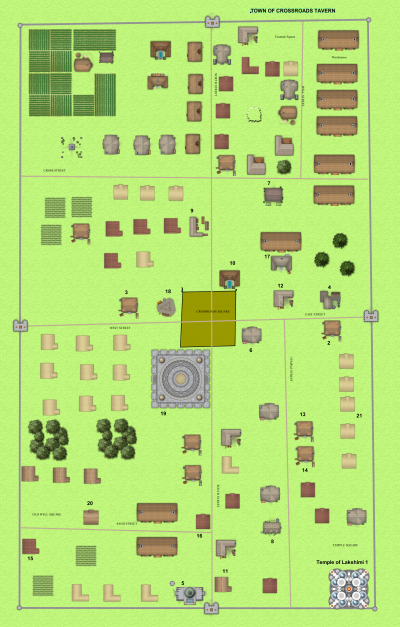 Rumors of a Dungeon The rumors run that the Hand of the Basilisk gang has uncovered a series of tunnels and underground chambers from long ago under the town. They use them for hiding loot and breaking in to buildings from beneath. It's been said that there is a sealed stone doorway leading who knows where in these tunnels. See: Dungeon Beneath Crossroads Tavern.