The Thranconia campaign setting was created for Old School D&D adventures for the Lords of Hack gaming club by David Nelson. It exists on the other side of the same world as the Polychronopolis Campaign

Set in the Dukedom of Thranconia and the nearby wilderness of the Great Vale valley, the players seek their fortunes as the doddering Duchess Wilhelmina Pettibarn reaches her 93rd year and her grandchildren itch for her death and as nefarious forces take advantage of the weakness of her rule.

Starting October 4, 2021, the campaign uses the Rampage Amid the Ruins game system. This is my extensive re-write of the Blueholme Journeymanne Rules (referenced below) and our house rules.

Up until October 3, 2021, The campaign used the Blueholme Journeymanne rules as a base. Blueholme is a modern clone of Eric Holmes' first D&D Basic set from 1977, itself a simplified, clarified form of Original D&D, and predates AD&D first edition. I have added some rules changes (mostly to make fighters' lives more interesting) and adding some more gear and adjusting some prices for maintenance, henchmen and troops (somethings more expensive, some less. I also clarify and expand a few things that Blueholme deliberately left in the hands of the DM.

The first campaign took place from February to June of 2019 in 11 sessions and saw Mr. Ow, Lothar of the Hill people and a rotating collection of short lived others clearing the Dungeon of the Binder of a snake-demon sorcerer and his minions, a trip to fortress Badabaskor, and the defeat and destruction of a lizard-man Set cult in the desert Pit of the Obelisk. The logs and other records are linked below.

The Cat-crew crippled the Sons of Atlas, forcing them to close their portal they used to supply the lower levels of The Pits of Damnation below Emporion. After a period of rest and resupply, the heroes will drive to the lowest level of the mega dungeon to put an end to the chaos once and for all! 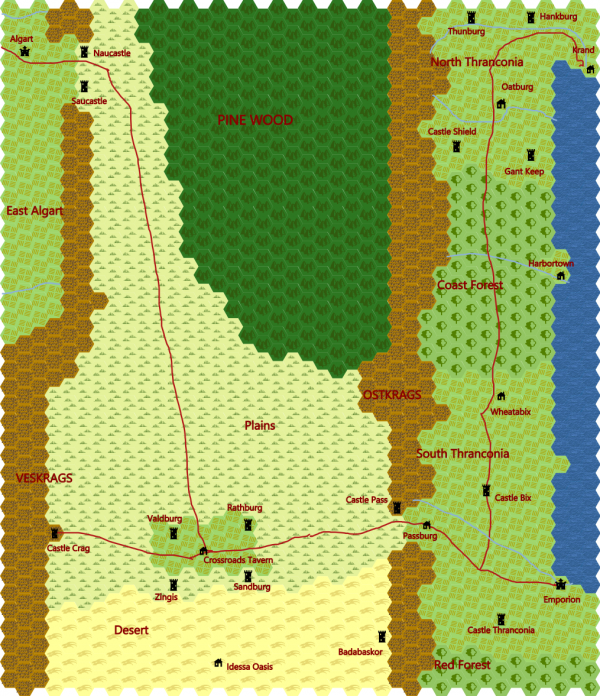 Rampage Amid the Ruins

Rampage Amid the Ruins Rules